The ASICS Cyber London Sport Shoes come with a zipper and Velcro closure. The trainers are specially designed with both spin and glide throwing styles in mind, the sport shoes offers support and durability for all weight events.
The solid rubber sole has a firm grip and it’s dual-density pivot design makes it ideal for advanced spin throwers. The synthetic and mesh upper offers durable and firm  protection made with breathable fabric.
ASICS made a great choice not to go for laces but to use a zipper and Velcro closure for it’s sneaker. The ASICS Cyber Throw Track Shoes have an adjustable strap for a personalized, secure fit so you can really concentrate on your performance and don’t have to worry about side issues.

ASICS was founded in 1949 by Mr Kihachiro Onitsuka. He started his company by making basketball shoes. Remember, this is just after the war and Japan was full of American soldiers. The American culture including basketball started to influence Japanese culture.

The name ASICS was chosen later and is an acronym for the Latin phrase “Anima Sana In Corpore Sano” which means “A healthy mind in a healthy body”. The phrase was first coined by a Roman poet Juvenal in his Satire X in first century. ASICS was founded on the belief that the best way to create a healthy and happy life is to excersize and keep your body in form.
ASICS started making sport shoes for a variety of Olympic sports and it’s trainers was used throughout the ’50s, ’60s and ’70s. During the Olympic games of 66 in Mexico it showed it’s now famous crossed stripes for the first time and kept the logo ever since.

There is an interesting relationship between ASICS and NIKE though. The connection is Onitsuka Tiger shoes, Onitsuka Tiger was one of the oldest shoe companies in Japan and merged in the end with GTO and JELENK to form ASICS Corporation. NIKE was set up in the early 60’s to sell the cheap but high quality shoes of Onitsuka Tiger in the US.   When Phil Knight founded Nike he headhunted engineers from Onitsuka and made his sneakers in Fukuoka. In a way the first NIKE shoes where made in Japan. 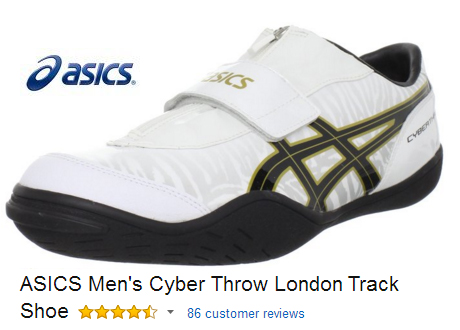